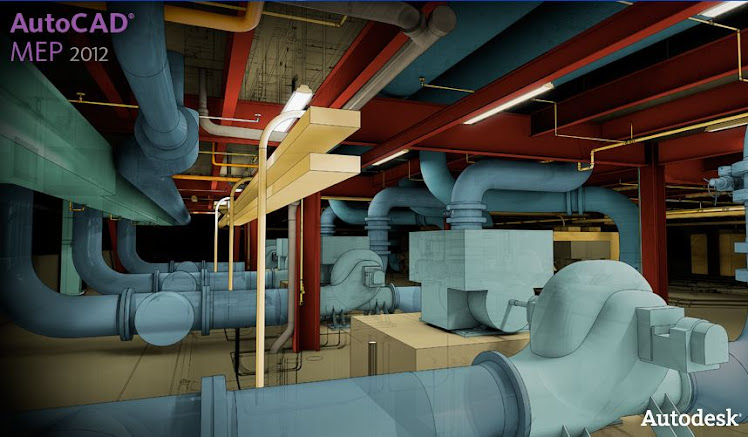 I recieved comment from Alan Saldich, the VP of Product marketing for Riverbed and below is his message. He told me basically that this is not a Riverbed issue, but an Autodesk issue, and that all WDS solutions are affected by the file format change. Here is his letter.

I’m the VP of product marketing for Riverbed, and I wrote a lengthy post yesterday on this topic, which can be viewed here:

Silver Peak has admitted (in a call earlier this week with the TechTarget reporter who wrote that article) that the issue with the AutoCAD 2007 / 2008 .dwg file format is *not* specific to Riverbed and *does* affect all products that use deduplication in their solutions, including their own.

The only way to determine the degree to which any particular WDS solution is affected by the file format is to do your own testing.

Remember, the problem is most pronounced with the ISAVEPERCENT (Incremental Save Percentage) set to zero, which forces a complete save, and which causes all the bytes to be scrambled. Using a non-zero value for that setting (like the default value of 50) reduces , but does not entirely eliminate, the impact of the new file format on WDS solutions.

Unfortunately this is not an issue that can be solved by Riverbed or any other WDS solution provider - it was caused (inadvertently) by the way Autodesk decided to change their file format, including scrambling the bytes on every complete save. Any product that tries to find duplicate data will be affected, possibly to a varying degree, but there is no doubt there is an adverse effect.

Article sent to me from a user. Thanks for the link. I summed up the article below. From the article, it sounds like Autodesk doesn't have a solution yet. I don't know much about the various WAN acceleration applications, but I thought I'd share these articles with you.

It seemed like a good idea at the time...
By Bryan Betts, Techworld

A changed file format has sparked off a fierce war of words between users, WAN acceleration vendors and Autodesk, which significantly changed its DWG drawing file format in both the last two versions of AutoCAD.
The result, is that WAN optimisation gear from the likes of Riverbed Networks - which has a strong user-base in CAD - is no longer able to accelerate file transfers over the WAN. Given that many CAD-using companies need to share drawings across multiple offices, that's a big problem.
At issue is a new dynamic file format which deliberately makes a saved file look completely new, even if it is only an edited version of an existing file, says Riverbed VP Alan Saldich. That means block-level caching schemes can't do what they'd normally do, which is to send only the changes over the WAN.
Format errors
"To improve the speed of the application itself, they changed the file format so that every time you change the file, every bit gets scrambled," Saldich explains. "If you FTP the file twice or reopen it without saving, we can work on that.
"There's only two ways to solve it. One is for Autodesk to revert to the former file format, which seems unlikely. The other thing is they could tell us enough about the file format to undo it." Saldich explains.
In the meantime, Saldich and Autodesk VP Guri Stark have issued a joint statement advising affected users to do one of two things: either revert to an earlier AutoCAD DWG file format; or adjust an AutoCAD setting called Incremental Save Percentage (ISP) to 50, which reduces the amount of data scrambling when a file is saved.
Other WAN acceleration companies have used the issue to bash companies such as Riverbed for developing application-specific optimisation modules. However, Saldich claims it's nothing to do with those - he says they're just protocol optimisations to reduce the number of round trips, and they don't deal with file formats.
He argues that it's one of the first symptoms of a bigger problem that is only just emerging now.
"It affects any product that relies on data de-duplication, including backup and replication," he says. "I truly think the AutoCAD team were unaware of this when they did the development work back in 2004, as data de-duplication wasn't common then.
"The bigger story here is that de-duplication is a widely-used technology now, and software developers need to take account of that. We are 100 percent certain of the problem, and any vendor has the same issue, which is that you don't get to look at the data before it gets written to disk."
Aaron claims Autodesk had its own reasons for formally testing his company's gear - it is a Silver Peak user, with some three dozen of its WAN optimisers around its organisation.
Aaron acknowledges though that when Saldich argues that application developers need to be better aware of how their software will run over a WAN, he has a good point.
"The more the software developers do to address this, the more we all benefit," he says.
We asked Autodesk for its comments, but nearly two weeks later the company had still not found a spokesperson or offered any feedback.
Posted by Unknown at 3/28/2008 10:43:00 AM No comments:

How to best place Addenda, Alternates, or As-Builts within the project?

How you organize these items would largely depend on your internal processes and workflow. One solution would be to draw the alternates as regular constructs in Project Navigator and then create special views for them.
If you want to present completely different plans/elevations to represent Alternates, you could use divisions in Project Navigator to represent them; when generating the view, you just need to include the appropriate division into the view.
In some cases you might also consider copying the project in Project Navigator and put the Alternates into the copied project. If you copy a project, however, you have two different file sets to maintain; the copied project does not retain any links to the original one.
Posted by Unknown at 3/17/2008 01:58:00 PM No comments:

Some activities in Project Navigator, such as loading xrefs, take what seems like a long time. This is normal. These processes need to run their course before other activities can be initiated.

I was recently working with a client who is creating a large hospitol project using AutoCAD Architecture and AutoCAD MEP and project navigator. I noticed how long it was taking to open constructs, views and sheets and so I looked for some info that could help them be more productive and came across some tips to help improve performance of their project navigator.

The specific activity of dragging a view to a sheet actually involves several background processes, including loading all the files in nested external references, updating project database files, managing layers for viewports, scaling geometry, and coordinating data fields and labels.


However, Autodesk and Riverbed have recently received reports that some customers using some WAN acceleration appliances, including Riverbed’s Steelhead appliances, have experienced noticeable reductions in write performance when working with files saved in the AutoCAD 2007 “DWG” format. One of the side effects of the DWG format changes is that when users perform a complete save from within AutoCAD (as opposed to an “incremental” save), virtually every byte of the file gets changed – even if zero changes were made to the file itself. The net effect is that writes that would normally affect only “warm” data are actually “cold”, due to the reordering of the data in the file.

Users of Riverbed or other affected WAN acceleration solutions can implement the following immediate workarounds that improve write productivity.

The performance and productivity of their customers is a key consideration for Autodesk and Riverbed. Both engineering teams are working together to devise workarounds and are examining potential longer-term solutions. Given Riverbed’s experience in WAN acceleration technology, our joint work may also provide solutions for customers of other WAN acceleration or deduplication technologies, who might be experiencing similar issues with write performance.
Posted by Unknown at 3/12/2008 02:32:00 PM 6 comments:

There is an issue with AutoCAD MEP where you cannot draw more than one segment of pipe or duct at a time. When you are prompted for starting point, and ending point of the first segment, the command exits without allowing for additional segments.

The Civil 3D Object Enabler breaks the pipe/duct add mechanism. The Autodesk development team has tentatively scheduled to deliver a fix in the next update to the Civil 3D Object Enabler, available in approximately two to four months. Please note their quality assurance teams may need to reschedule some fixes. Please rely on the timeline information as a guideline only and not a guarantee.

If this is happening to you, you only have two options as of now. Uninstall the Civil 3D Object Enabler, or continue with the add duct/pipe tool ending after each segment is added.
Posted by Unknown at 3/10/2008 11:54:00 AM 1 comment: